This month I had the opportunity to go to the Europa Games Fitness Expo at the Phoenix Convention Center. There were so many booths set up ranging from clothing to pre workout and proteins. I came across this booth and was highly intrigued by what I saw.

I’ve always been frustrated with proprietary blends from companies who claim to have this “magic formula” that’s so secret they have to mask it behind the word “proprietary”. Force Pre Workout by Lift ATP doesn’t have anything to hide.

It’s apparent on their label with all ingredients listed with specific quantities. 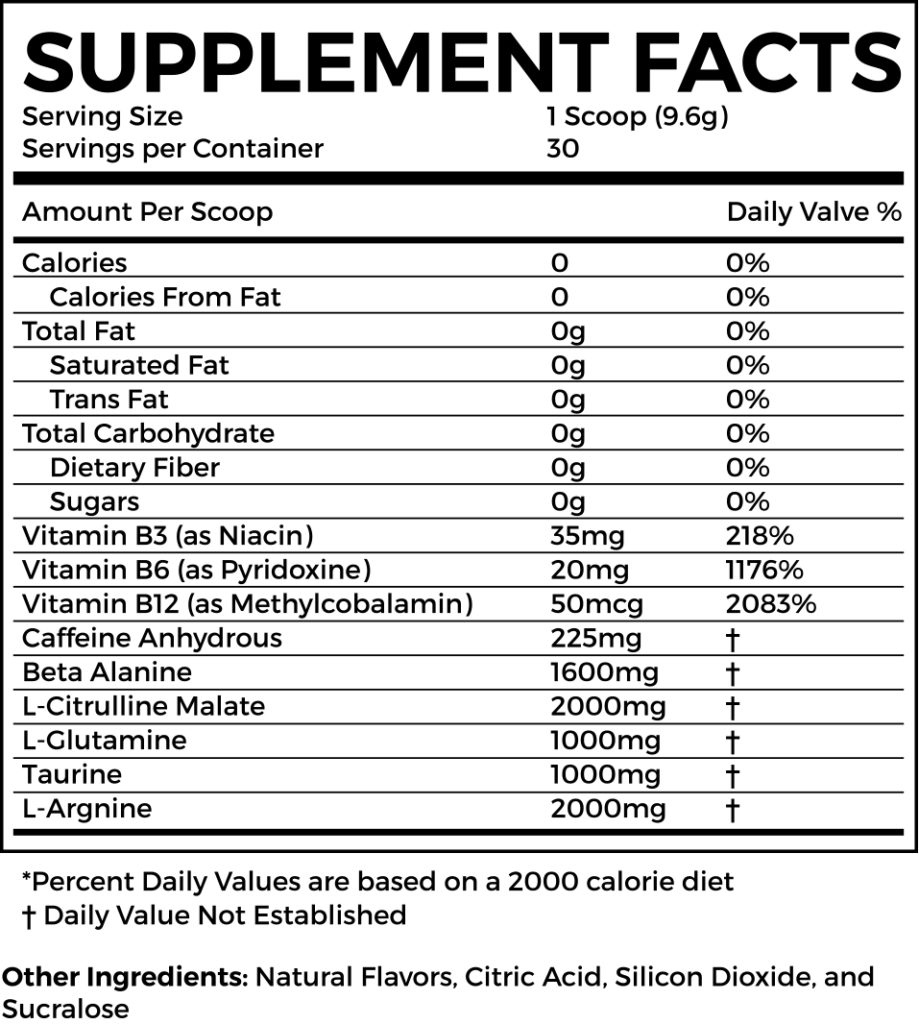 When I first sampled a taste of Force pre workout (Lemon-Lime Flavor) at their booth I was pleased. As I was reading through the ingredients I couldn’t help but notice that they coincide quite well with topics I discuss in my Supplements Simplified Series. The doses they use are very effective for the intent each of them serves. I’ll go through some of the ingredients later on in the review, but wanted to start by sharing my experience.

First off, as a baseline, I measured my one rep max for bench press on July 21st of this year at 265 lbs. On August 20th I first used Force pre workout and just happened to be re-testing my one rep max on bench press. This time I was able to achieve 285 lbs. I won’t say that this magically increases your bench press, but what I noticed most was the impact it had on the way I felt.

Leaving the house that day I wasn’t feeling up for any heavy sets and thought about just doing my standard routine. I live about 25-30 minutes away from the gym so I usually drink my pre workout on the way. By the time I got there and walked in I felt completely different.

I attribute this partially to the B-Vitamins that Force contains, and primarily to the Caffeine and Taurine. I headed straight for the bench after putting my stuff in the locker, and with a spotter present was able to add more weight to my one rep max on bench press.

It’s been so long but I finally got back to trying out my one rep max on bench. I’m not where I used to be, but I’m closer than I thought after inconsistent training the past few years. It feels good to be back at it. #onerepmax #benchpress #chestday #workout #getfit #fitness #cheatpress #feelgood #temprecord

More than just adding to performance both cognitively and physically, the increase in blood flow brought by the Citrulline and Arginine were astounding. I reached the normal time I have to leave the gym in the morning and just didn’t want to head into work. I had a lot more fuel left in the tank.

On Monday I went to the gym again, but when I got there I felt a little sluggish. I remembered that I didn’t start drinking my pre workout until about 10-15 minutes before getting to the gym.  About ten minutes into my workout I started feeling as pumped as usual. My Force pre workout started to kick in. The beta-alanine tingling sensation was slight (due to the lower dose than what you see in other pre workouts). I prefer this over the 6,000mg you can find in some supplements which causes insane amounts of “tingling” (acute paresthesia).

Now let’s get down to the details. There are a few reasons why Force pre workout caught my eye when I saw the ingredients.

While each ingredient does have it’s key purpose, the above three really drew my attention to this pre workout.

In summary, I would argue that there is no one perfect supplement for all individuals. Force pre workout does things right though, and is absolutely one that you should consider.

Each individual is different and needs to consider what they are putting into their body. For this reason I try to post information as accurately as possible. This way you can educate yourself and make decisions based on this information.

If you haven’t clicked over to my YouTube channel (JBarkFit) go ahead and check out these videos which provide more information on some of the ingredients mentioned above:

If you like what you see on this site, subscribe to my newsletter for updates on articles, exclusive discounts, and giveaways.